Changing from Traditional to Smoke Free Cooking; A Story from the First Mover

Mrs. Sim Saran, 20, is married and living in Chreas village with an extended family of six members, including her own family of three, her parents, and her sister. Like the neighbouring households, she is using traditional Lao stoves for her daily cooking as for many generations.

Mrs. Sim Saran, 20, is married and living in Chreas village with an extended family of six members, including her own family of three, her parents, and her sister. Like the neighbouring households, she is using traditional Lao stoves for her daily cooking as for many generations.

Located about three kilometres from Prey Chrouk commune, Pouk district, Siem Reap province, Chreas village has 85 households with a total population of 427 people. In her village, most of the households use the traditional Lao stove. Saran has a pair of traditional Lao stoves to cook meals for her family, which are two times per day and seven days per week.

“I know it is smoky but have no choice; I have to use it because I do yet have money to buy a LPG stove,” she said, adding that it is difficult to use these traditional stoves. 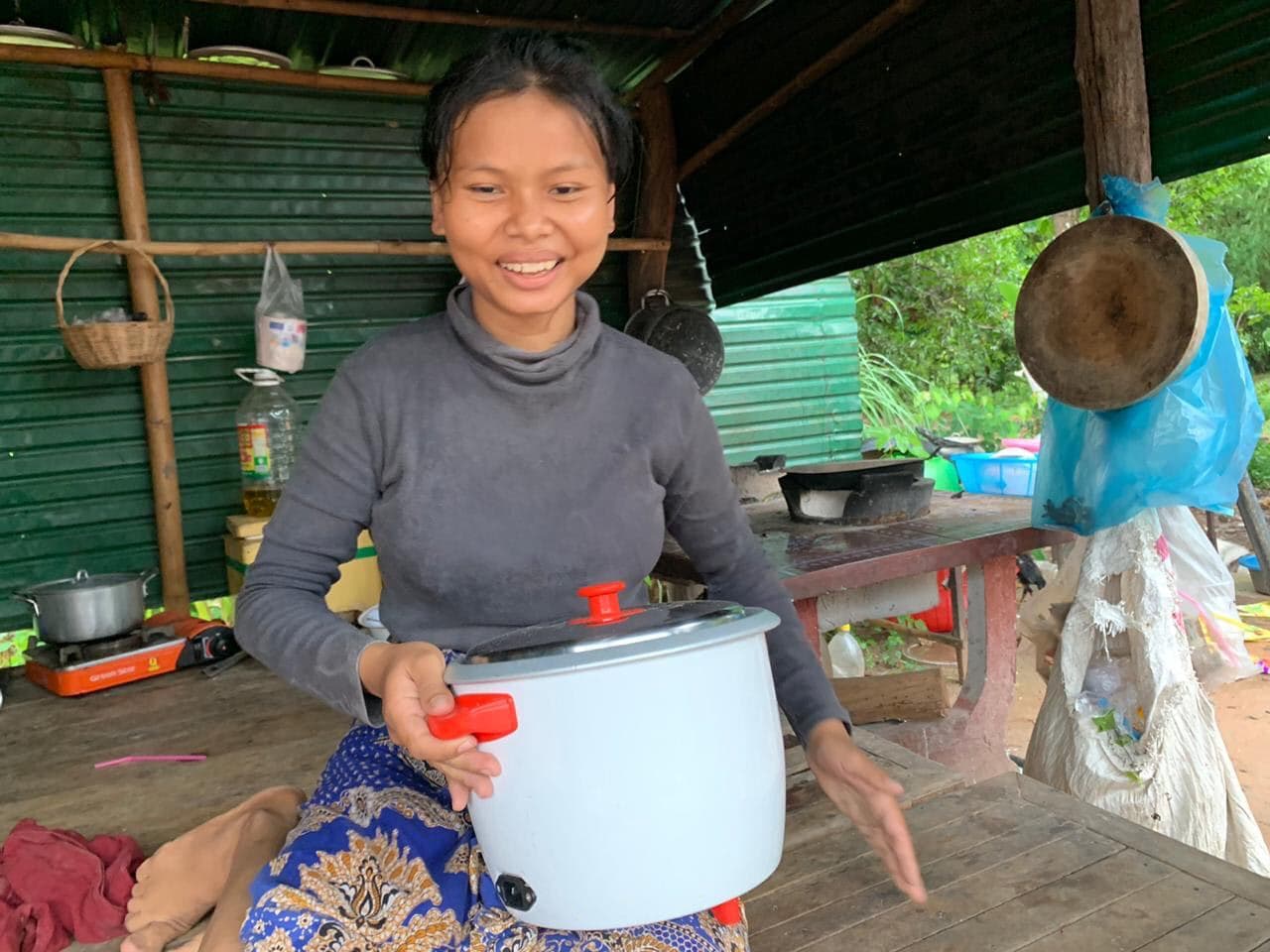 In Cambodia, there are around 2.5 million families are still using traditional cookstoves with solid biomass such as wood, charcoal, and agricultural waste. Wood is a main fuel for traditional Lao stove, which is collected from nearby forests or bought from vendors. According to the World Health Organisation, around 14,000 people in Cambodia die prematurely per year, due to household air pollution; whereas poor respiratory health condition was also proved to increases vulnerability to COVID-19.

In May 2020, SNV Energy team started introducing Behavioural Change Communication triggering events in rural Cambodia. Chreas was the first village to pilot tools and materials. These events include seven-steps and take about 45 minutes, starting with an introduction about smoke and playful games, discussions and solutions, and it ends with a quiz and a prize. The Commune Council for Women and Children are the implementer. Since May until now, 87 villages were having this event; more than 3,700 people attended.

Mrs. Saran said she attended event with other villagers; it was a happy and fun experience – with many activities, photos, games and these made her think. She recalled how the facilitator asked to map out their village on the ground, and then asked them to place colour cards on the map based on the types of cookstoves they use at home.

“It is for the first time that I realized how harmful the use of traditional cooktoves is to our health in the village,” she exclaimed.

After attending the event, by June 2020, she decided to buy an electric rice cooker and an LPG stove to replace her traditional stoves as she believes that it would reduce health risks as well as time to cook.

“I discussed with my husband whether or not we should buy an electric rice cooker as I think it would be convenient and faster to cook. And, he agreed,” said Saran, “Cooking is not really a burden to me now; it is so much efficient and easier and our kitchen is also cleaner.”

She added that she is now using electric rice cooker to cook rice and the small LPG to cook food, like frying meat with vegetable or making soup. She keeps the two old traditional Lao stoves only once in a while using to grill meat or fish.

Kim arrives in Vladivostok for summit with Russia's Putin

Australia fires 'long way from over' but rain brings relief

Mu Sochua to Hun Sen: Be a Leader with a Heart

Prince Norodom Yuvaneath Passes Away at 78

Prime Minister Hun Sen Vows to Be the First to Get the Chine...